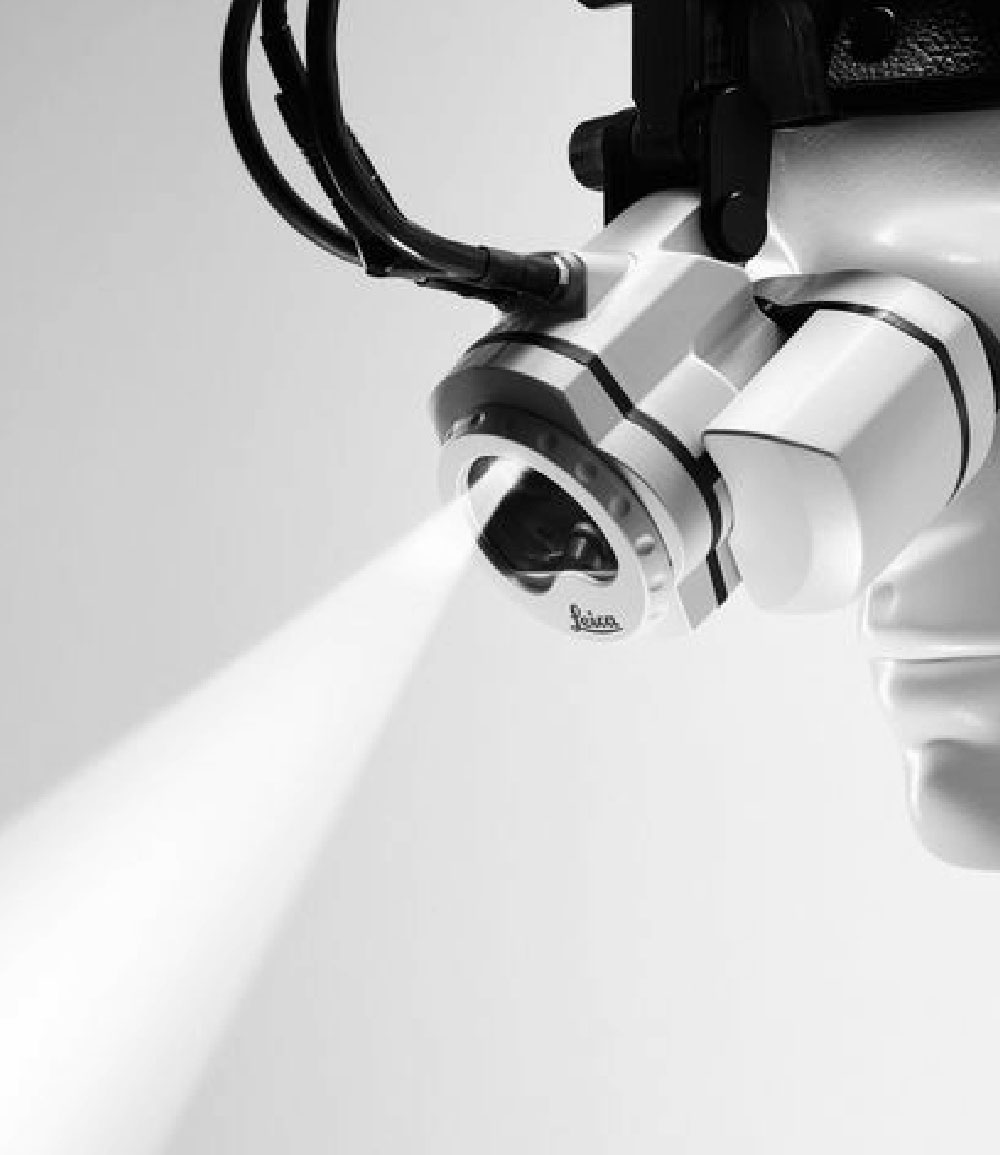 Endodontics is therapy of dental root canals, which is a time consuming and considerably complicated therapy process, which enables the tooth to be retained in the mouth. Root canal therapy at our clinic is performed by an endodontist. During the consultations the endodontist also provides information to patients on the provisional course of therapy, costs and prognosis.

In cases when the patients face a choice: whether to lose the tooth or to save it, thanks to the use of modern technologies (root canal therapy is performed under microscopic control at our clinic) and the professionalism of our experts, endodontic therapy is the only possibility to retain the tooth in the mouth of the patient.

Endodontic diseases are often discovered by an X-Ray examination only. A topical reason for the therapy and repeated therapy of root canals is the preparation of teeth for prosthetic therapy.

Endodontics is a procedure, during which the root canal is treated by cleaning it from the inflamed tissue, bacteria and other inflammation agents. The principal reason for pulpitis is dental caries, which is caused by bacteria. If the caries is not treated for a long time, the micro-organisms reach the soft tissue of the tooth, causing inflammation. Endodontic therapy of the teeth may be necessary after dental trauma or due to other defects, as a result of which the pulp is affected.

The course of the procedure depends on the severity of the inflammatory process. If during the X-Ray examination before the procedure the physician establishes that the inflammation has not reached the jawbone of the patient, but is restricted to the root canal only, the endodontic procedure may be performed even during a single visit to the dentist. However, if the inflammation is severe and the dentist detects inflammation in the jawbone below the root of the affected tooth, the procedure shall be performed in two sessions. The endodontic procedure is usually performed under local anesthesia, but treatment under sedation (additional intravenous administration of a sedative medicinal product) or even under general anesthesia (narcosis) is also possible.

Signs that signal inflammation of the root canal

If you notice pain in the tooth when biting, endodontic therapy will most probably be the therapy to suit you best.

The dental diagnosis, which is the basis for efficient treatment, is confirmed based on the complaints of the patient, X-Ray examinations and various dental sensitivity tests.